But this Aspose Maven for JetBrains plugin provides a more sophisticated solution through fine grained and guiding UI for selecting Aspose for Java APIs and creating Maven project artifact value inputs. The plugin retrieves the latest available Maven artifacts for Aspose’s Java APIs from the Aspose server and adds them into the newly created Maven project pom.xml along with the necessary configuration for the Aspose Cloud Maven Repository.

How to Install Aspose Maven Plugin for IntelliJ IDEA

This step by step tutorial demonstrates the steps to install the plugin and use the Aspose Maven Project Wizard to create Maven-based Aspose projects.

The Aspose Maven Project Wizard plugin is listed on IntelliJ IDEA’s official website, so you don’t need to download it manually and install it from disk, but this extra option still exists in IntelliJ IDEA. 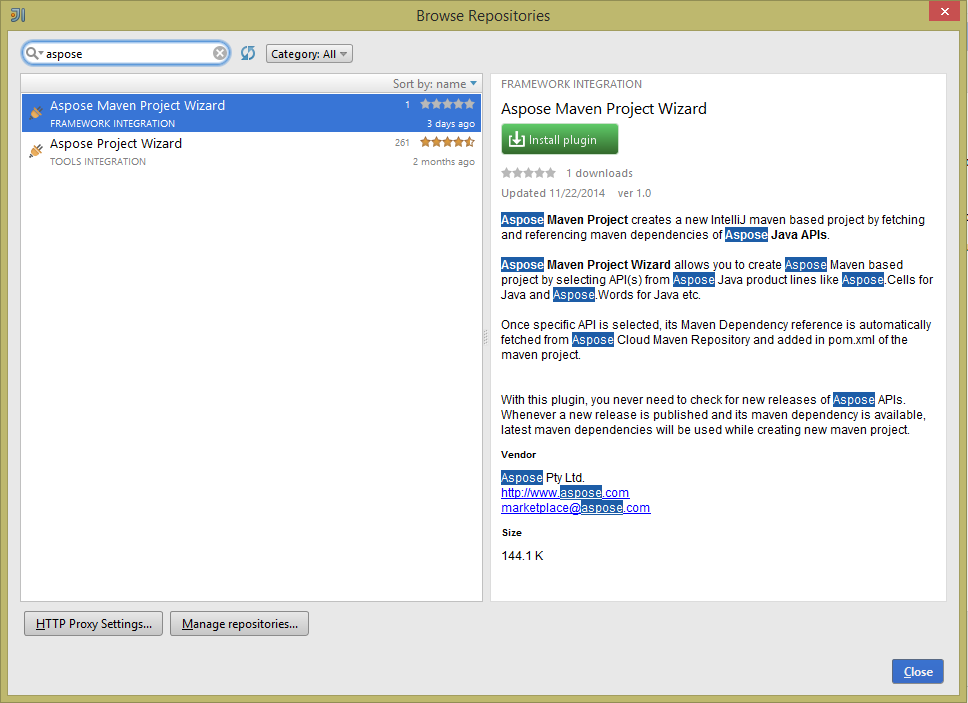 This plugin will introduce a new project type –

Aspose Maven Project – into IntelliJ IDEA, which will enable you to create Aspose Java APIs maven based projects.

The desired Aspose APIs can be selected to include the maven dependencies in your maven based project when creating a new maven project. 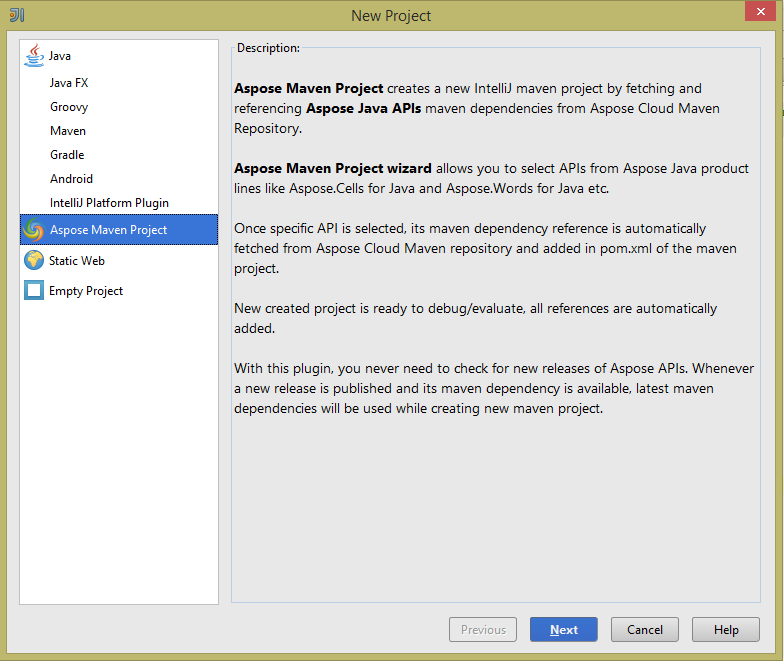 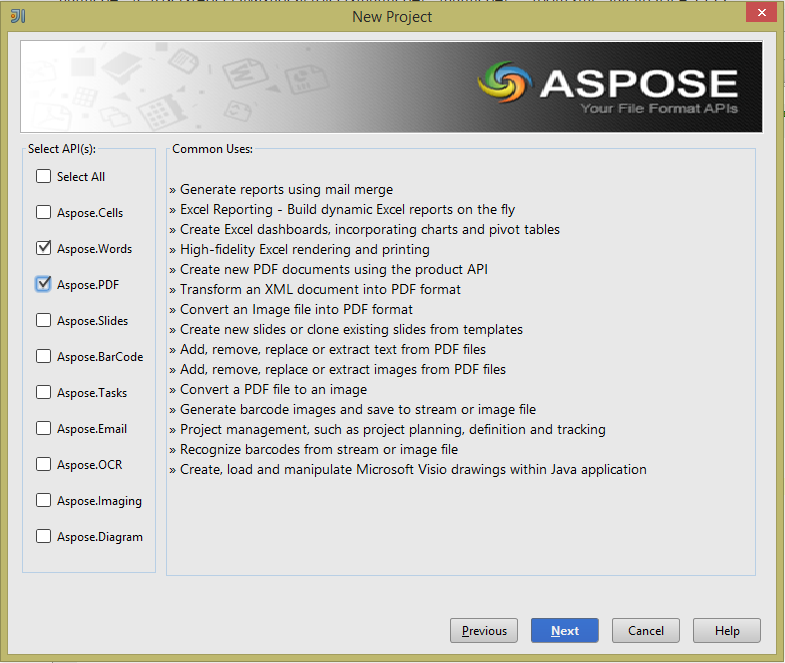 5. Provide a GroupId, ArtifactId and Version for your maven project and click Next. 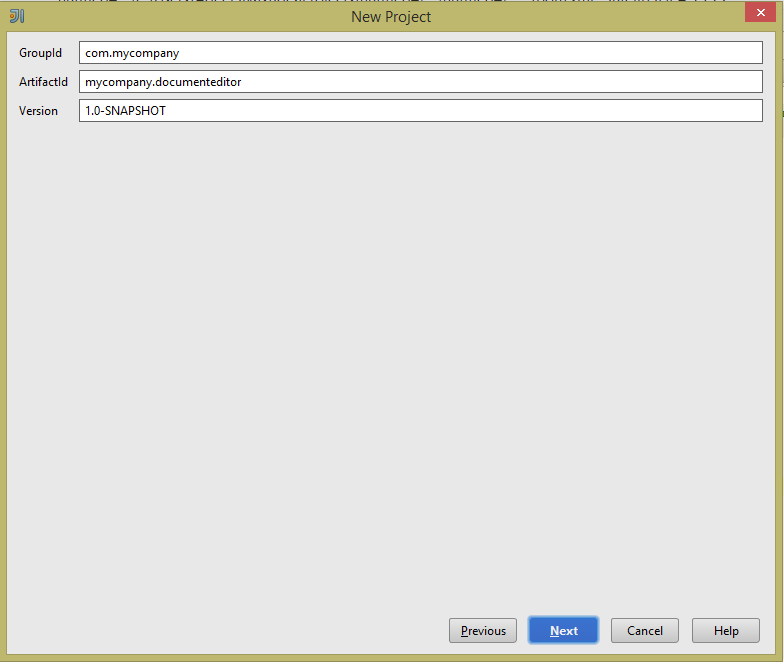 6. Provide a Project Name and Location just like when creating any Java application 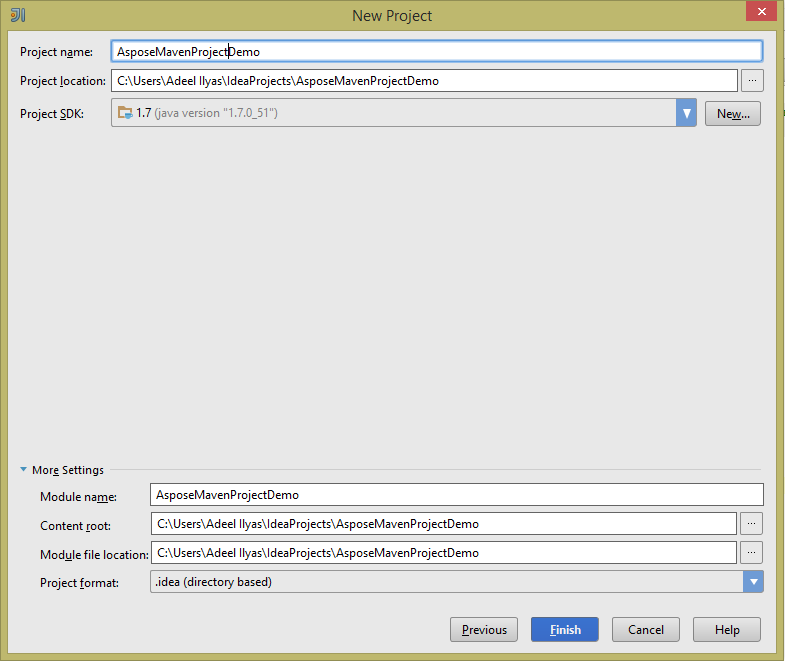 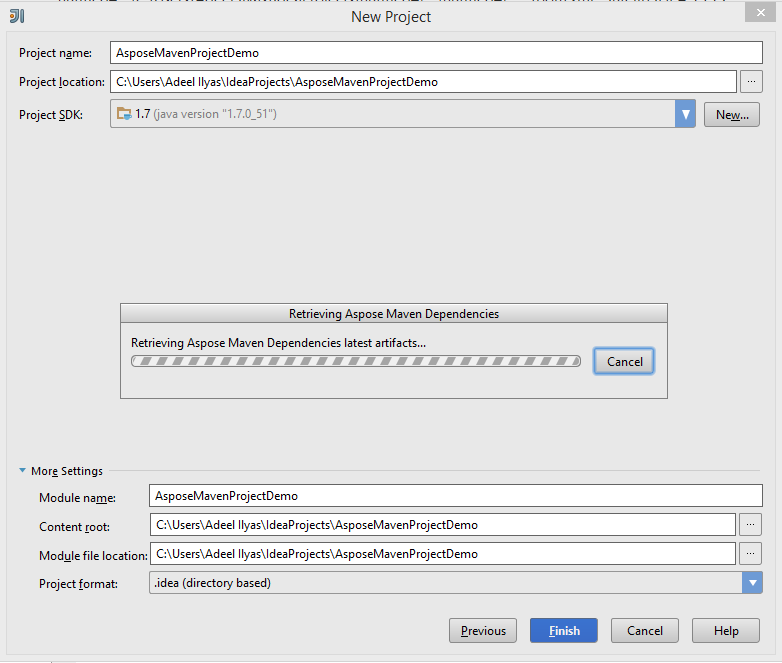 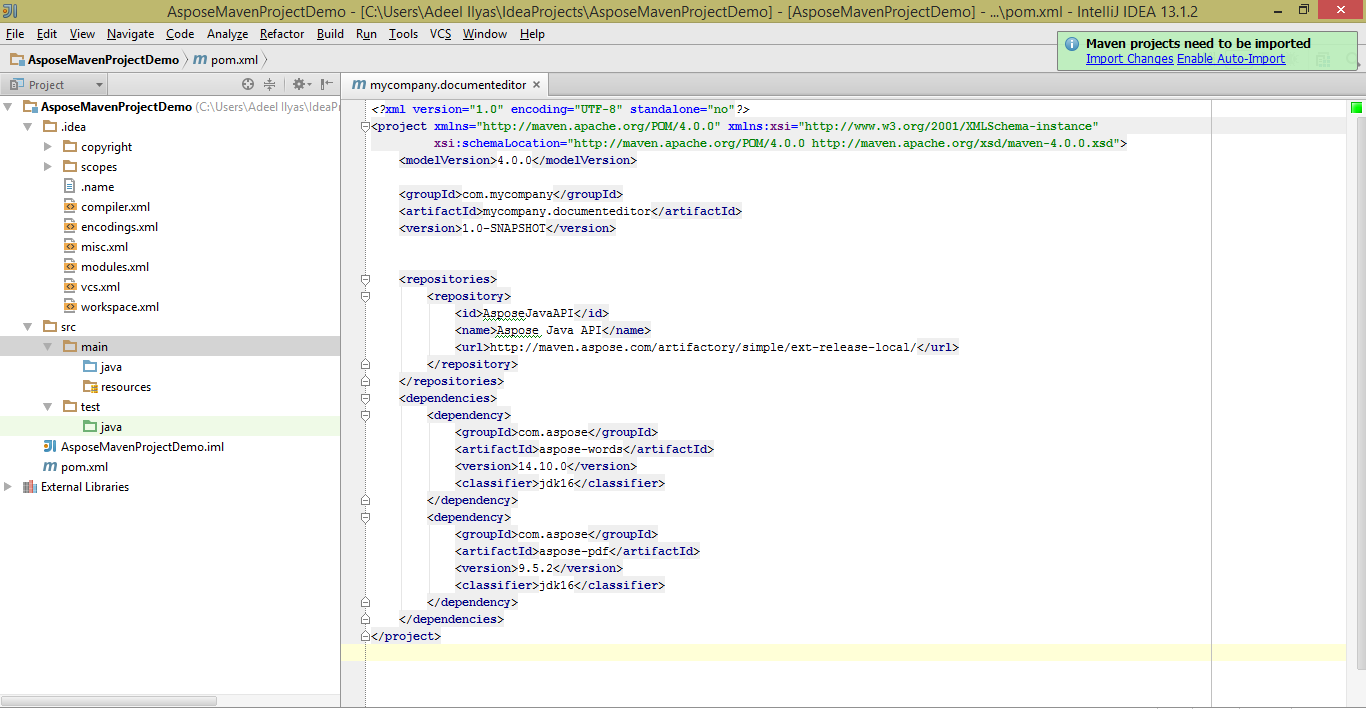 The created Aspose Maven project is ready to be extended as per your project’s requirements.

Aspose Maven Project Wizard for JetBrains is open source and its source code is available on the major social coding websites listed below. Developers can extend the functionality if they want or learn from it to make their own plugins.